* In case of any delay in receiving the OTP, you may verify it later. Please proceed without verification.

Enter your City name or Pincode

Situated on the northern part of an Indian state of Chhattisgarh, Balrampur is one of the 26th districts of this state with its administrative headquarters at Balrampur town. The district was earlier a part of Surguja District but was separated in 2011 and came into existence on 1st January, 2012. The city Balrampur shares its borders with Surguja district towards its northern and northeastern direction. Its boundaries also touch Garhwa district of Jharkhand (North-East) and Uttar Pradesh (North-West). Spread across an area of 3806.08 sq. kms, this district has six block divisions named as Rajpur, Balrampur, Shankargarh, Kusmi, Ramchandarpur and Wadrafnagar. 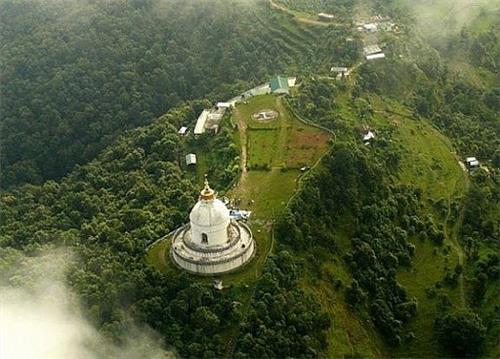 Balrampur is blessed with large hills and forests. It attracts large number of visitors through its rich wildlife because it has very thick cover of forest. This district is sufficiently connected to the major cities of Chhattisgarh like Sarguja, Raipur and even also to Vishakhapatnam (Andhra Pradesh) with rail and road transportation. It is located around 441 km away from the state capital - Raipur.

The district of Balrampur is situated at the latitude and longitude of 23.757° North and 83.684° East, respectively. It lies at an average elevation of 528 meters i.e. 1732 feet above the sea level. The natural location of this region has the biggest impact on to its climate conditions. The summer season here remains very hot while the winters bring lots of cold temperature. Talking about the months, May and June witness the maximum temperature while the months of December and January have the minimum temperature. Furthermore, the maximum precipitation at this region comes during August month which lasts up to September. Therefore, the ideal time to visit at this beautiful region in Chhattisgarh is October and November.

As the district of Balrampur, Chhattisgarh, came into existence in 2012, thus there is very little information is available particularly for its census data. According to the existing data of 2001 Indian Census, this region constitutes 2.87% of the total population of Chhattisgarh which means there are 5,98,855 people residing here. Of this total population, the male population is 2,94,488 while females in Balrampur are 3,04,367. Moreover, this place is predominantly a tribal district in which almost 81.28% people are belonged to tribal communities like Muria, Maria and Halba. The Schedule Caste (SC) people constitute 4.01% of the total population. According to 2001 Census, the average literacy rate of Balrampur district is 54.42% which is lower than the state of average of 64.66%. The male literacy rate here is 67.27% while on the other hand, there are 51.79% females in this region.

The administration of Balrampur district in Chhattisgarh is divided into six development blocks (Balrampur, Rajpur, Shankargarh, Kusmi, Ramchandrapur and Wadrafnagar), four revenue sub divisions and the five nagar panchayats (Balrampur, Rajpur, Kusmi, Ramanujganj and Wadrafnagar). Besides that, there are 340 gram panchayats and 645 villages in which 642 are populated villages. The responsibility of running the administration of Balrampur district is owned by the District Collector and District Magistrate who overlook the judiciary, law & order, revenue administration and other major departments for the welfare of the society.

Agriculture is the main source of economy through which a large number of people earn their livelihood. The production is done on paddy and wheat as the soil here is very fertile. Despite having dependence on agriculture, Balrampurt lacks for facilities like proper irrigation infrastructure, multi-cropping and modern agricultural technology. But such scarcity has not affected the agricultural dependence of this region. Furthermore, the area has few agro based and micro industries covering only 23.45 hectares of total area. Less than 30,000 workers are having some kind of employment in the micro, small and medium industries in Balrampur. Other sources for the livelihood of Balrampur's people are collection and sale of forest production, animal husbandry and labour work.

The administration of any region has the responsibility of making proper arrangements for the healthcare of its inhabitants. Similarly, the people of Balrampur also have the advantage of sufficient medical care provided by its administration. There is one district hospital which is run by the Government of Chhattisgarh. All kinds of medical facilities are available at this hospital that utilized by the people. Beside this hospital, there are total numbers of 33 community and primary health centers located at the different localities of the district. These medical centers have experienced team of doctors and staff besides latest medical equipments to provide treatment for any medical problem.

Balrampur may be comparatively new among the all districts of Chhattisgarh state but it has sufficient amount of public utility services in which the postal and banking are the most adequate ones. The post office in Balrampur is the sub office branch of the head office in Ambikarpur. It comes under Raigarh division, Raipur Region, Chhattisgarh. On the other hand, all banking services are provided at the various bank branches in Balrampur. These branches along with their ATM facilities are located at the different areas of the districts in order to provide benefits to large number of people.

The naturally blessed region of Balrampur has some places of interests which are liked by many travelers. The most visited tourist attraction of Balrampur is Tatapani. It is located in Balrampur block at the distance of 95 kms from Ambikapur. Tatapani is a popular picnic place and it is a hot water source. The unique thing about this destination is that the hot water here keeps flowing with the same force and quantity throughout the year. There is a belief that any person suffering from skin disease gets cured on taking bath into the nearby collection of water. A large number of visitors come to this destination and feel pleasurable from its beauty. Many dark forests in Balrampur here are also the places of attractions for many adventurous travelers.

Balrampur has limited options when it comes to its transport system. However, it is well connected through road to Chhattisgarh's major districts - Surguja and Raipur through the National Highways (NHs) 130 and 343. Both state run buses and private buses are running through these routes that connect Balrampur to these districts and also to cities like Ambikapur, Gadwa and Daltonganj. One can also reach by road to Vishakhapatnam in Andhra Pradesh. On the other hand, there is no railway station in this region and thus its inhabitants have to follow Ambikapur Railway Station, which is the nearest one. Other adjacent railway station to Balrampur is Garhwa Railway Station. Apart from that, the nearest airport to this district is located at the state capital - Raipur.

Presence of various beautiful destinations make Balrampur a must place to visit whenever traveling to Chhattisgarh. The scenic beauty of Tatapani makes this district more favorable among the travel lovers. Numerous services further adds to the conveniences of people looking to enjoy their trip in this fast developing region of Chhattisgarh.


Balrampur at a glance

Comments / Discussion Board - About Balrampur